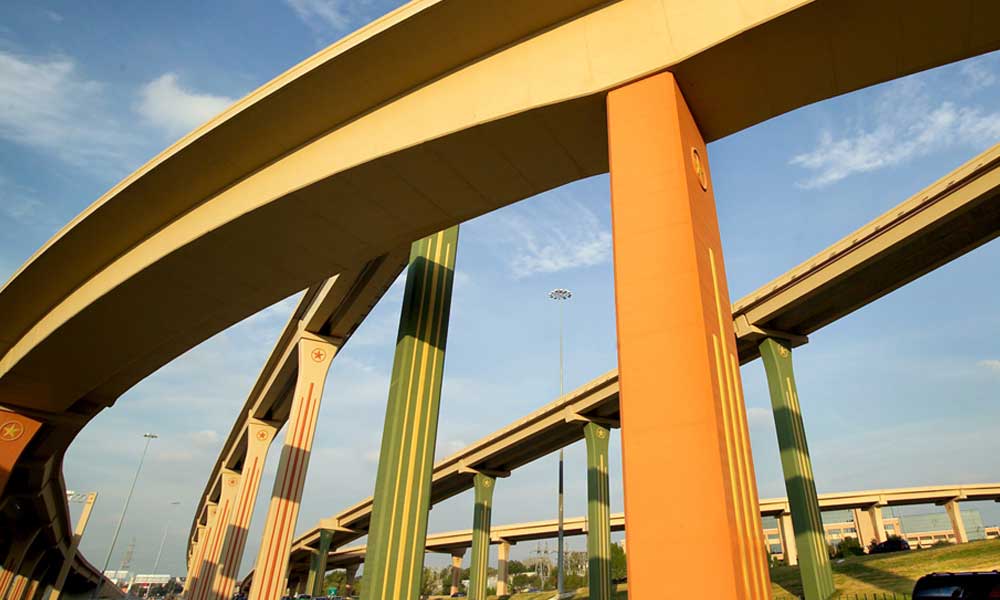 The High Five Interchange was the first five-level stack freeway interchange ever built in the City of Dallas. Located at the junction of the Lyndon B. Johnson Freeway (I-635) and Central Expressway (US 75), it replaced an antiquated partial cloverleaf interchange constructed in the 1960s. ARS received the Eminent Conceptor Award from ACEC Texas for our role in this groundbreaking project.

First Project of its Kind in Dallas